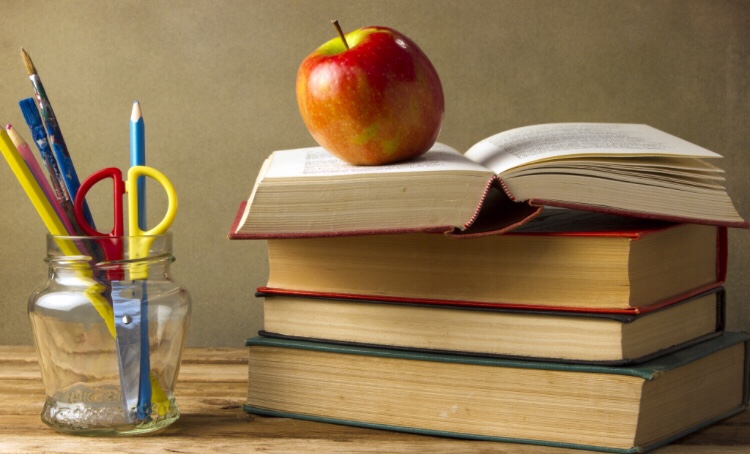 I felt like it might be time to catch you up on school, or maybe I just bombed my class presentation last night and I need to talk about it, either way you’re about to know more. I started my graduate program at Oklahoma City University two weeks ago after sitting out of school for 20 years. I know that a lot of people do that and I am proud of every one of them because this is tough! To add to the years of sitting out, I don’t have all of the brain cells I used when I went to school back then, they are gone now because of illness and that makes it even more difficult. My memory is or what it used to be!

When we got to class the first day, our professor gave us the syllabus and read through it with us. He pointed out the grading system and what each of the four parts were based on:  Class participation/Discussion, Weekly quizzes & Peer Reviewed articles reviewed in class, Team Presentation, and Final. Okay, I thought, I can handle this load and then I remembered that we are only in this course for eight weeks so everything will move rather quickly.  We were put in groups for our presentations on our first night and I got one lady who is a friend that God graciously put in my program and the other is a returning student not much younger than me. Because of one of my teammates schedules with work travel over the next three weeks, we got assigned to do the first presentation as the first of the year.😳 Ours was due last night, the day after Labor Day, are you kidding me????

I traveled last weekend. That should probably be enough said but I will fill you in. We had a trip planned with some of our dear friends, we had already rescheduled it once. Not only that, but by the time I found out when my presentation was due, we couldn’t get our money back from the resort either. Another piece of it was that we have been working on going on a trip with them since our last one, 14 years ago. Because of kids and finances it took us until now to find the time and resources for both couples to go. So, I worked on my presentation a lot before I left and thought I had all the information I needed printed out to work from. On the way there, a six hour journey, I planned to read and study and write and unfortunately, that is not how it worked out. I only had half of what I needed. I did tell our friends that I would have to work on school while we were there but that I would make it work between our planned events.

I started working on it again the first morning we were there when Hubby and D were playing golf. I thought I would sign in to my computer and spend a couple of hours finding what I needed and then be ready to play. First, my computer wouldn’t sign on to the wi-fi so I had to go to the resort office and use their computer. Of course, true to technology touched by my hands, it was giving me fits as well and didn’t want to get me to place I needed to go online. Before I knew it I was at the front desk, tears running down my face, pleading with the lady to help me figure out the computer so I could make my project happen. The staff at the resort were all at least ten years older than me and they had no clue how to help. They referred me to a phone number for tech support, which I called, and received a message that said they would be returning to the office on Tuesday morning, following Labor Day. Fortunately, I’ve learned to stop, say a prayer asking God to give me peace and provision in that moment and gratefully, He came through. I spent three hours that morning finding my articles so that I could start the process of part two of our assigned work.

Throughout the weekend I spent even more time at the office and when I wasn’t there, I was reading and writing and preparing but it didn’t come together until we all met on Monday night at Hubby’s office. At that point, we thought we had it together but the information just wouldn’t stick in my brain. We also had to be prepared for a quiz because that is our weekly assignment. I didn’t know what I was going to do or how well I would present what I had learned! By the time I went to class last night I didn’t care , I just wanted it to be over. I spoke first in our group which was probably a mistake. Our young team member was excellent, she knew her information backward and forward. The other team member had it down better than I did for sure. But, I did my best with two weeks to prepare and not much preparation from the professor. Gratefully, he is for us succeeding, much different than I recall it being like in undergrad. During the break he took us to his office and explained that there were key elements missing in our presentation and he offered an opportunity to increase our grade if we take him up on it. I am going to take him up on it!

I don’t know if I am ready for this school thing. I know without God, there would be absolutely no way I could do it. I keep reminding myself that “I have the mind of Christ”, the Bible says it is true and I believe it. Where I don’t have full belief I am asking God to “help me overcome my unbelief!”.

“…But we understand these things, for we have the mind of Christ” 1 Cor 2:16b

“Immediately the boy’s father exclaimed, “I do believe; help me overcome by unbelief!”” Mark 9:24 (NIV)

I told Hubby last night that I was going to talk with God today about continuing in school. The cost is high and it’s not something that I have to do, I am doing it for me not for a career. I spent some time with God about this today, and over the past two weeks, and though I am going to have to say no to some things and my brain will be challenged massively, I think I am going to keep at it. I started school because I have known since my 20’s that this is what I could excel in but life got in the way and I didn’t get the opportunity for it until now. I am going to be grateful for the opportunity, give up playing as much, and get my focus on the end goal so that I will excel from here. Thank you Father that I have the Holy Spirit and thus the “mind of Christ”. You have given me everything I need to do this and do it well, so I will carry on…